My Name is Kris Blake. 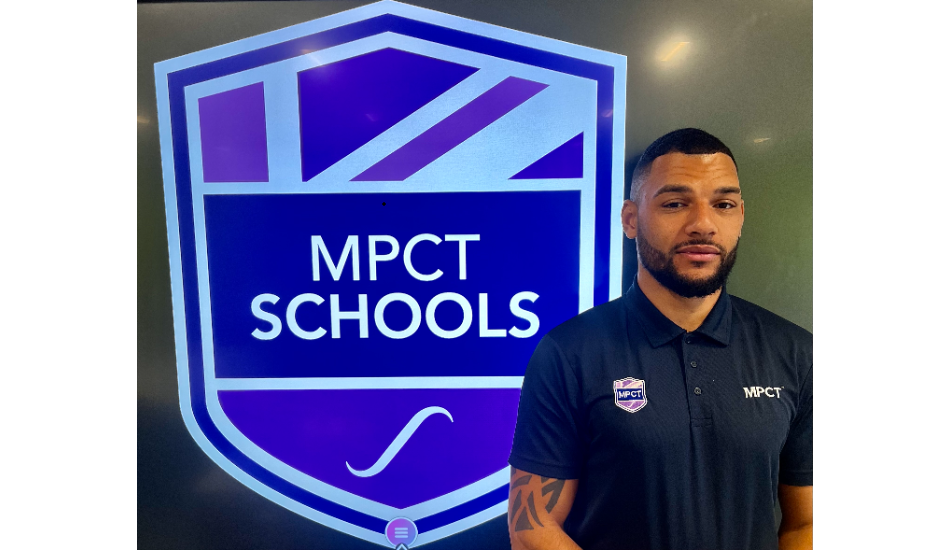 By the age of 5, I started to experience how the colour of my skin would make me stand out, and not for the right reasons. I felt I couldn’t control my thoughts or behaviours, I felt very different and mixed up. I would try and explain to the teachers but to be honest, they didn’t seem to care and in 1995 I was diagnosed and statemented with ADHD at the age of three. I remember feeling really upset and frustrated as I already felt different due to the colour of my skin.

I always knew from quite early on in life that I was different from others. I felt that I was treated differently due to my colour and having ADHD. I was the problem child, and this followed me right through my schooling.

I ended up being bullied in primary and secondary school for being different. I was not accepted by the other black or white communities as I was a mix of both races, something I couldn’t control but still had to pay the price. By the age of 8 I already got myself a name as the naughty kid in school.

We decided to move to Wales in 2008, where things seemed to look better, but for me my problems became a lot worse. I was excluded from main school at 13 years old and at this point I was targeted as a threat even though I had done nothing wrong, I believe this was because of the way I looked, because of the colour of my skin. I believed that I fitted what the police were looking for.

I then became a victim to the local police again. I can't but believe that this was down to my skin colour. If something had happened, and the description was a “dark lad” the police would arrest me no questions asked and this led me to losing faith in the system and I ended up feeling that the police were against me, something I never wanted to happen, but the way I felt treated, it seemed the only route, even though I knew it was wrong.

After a while, I hated being the person they made me out to be and knowing I was good at heart, I knew that the only way I could change people’s mindsets was to prove them all wrong . I started Boxing to keep me off the streets and active; that seemed to work as it led me towards joining the army, a decision that was the best I had ever made.

At 21, I had my first-born son, and it was when my wife had told me she was pregnant, I had to make a stand not only for me but for my family so they would not have to go through what I did growing up. My wife was also exposed to racial victimisation quite early on in our relationship, which is why she then understood why I was the way I was.

The army changed my life for the better but sadly I was medically discharged. I was told I would not be able to walk again, but I knew that the trauma I had experienced growing up would give me the resilience to overcome this barrier and 6 months down the line I was up on my feet and eager to show people what I could be. Soon after, I had a call from my sister asking if I would like to try MMA (Mixed Martial Arts) so me being the person I am, I joined. Shortly after joining I had my first debut fight and won.

I was then picked to represent the UK in MMA something that coming from my background filled me with pride.

After representing the UK in the Europeans, I then started to look for work as I had a family to provide for. I then had my second child and things were looking up until I was made redundant from work and this point anxiety and depression were setting in. I knew I had to do something about it before it was too late, I knew I wanted to be back in uniform and wanted to work with children but I didn’t know how to get there and I wasn’t having support from anyone guiding me or showing me how to do it .

I received a phone call one day from a childhood friend who was in a position to help, and he recommended me to his company MPCT. I always knew that working with young people and “giving back” to others would bring me purpose and happiness, and I was right.

I was back in uniform. I was also helping young learners from all different walks of life and most of all I was now being the person I needed, when I was in school.

It has taken me a long time to understand that racism is not my problem, it’s the problem of the racist and I am pleased to say that I now get to work in an environment that positively displays and champions, diversity, equality and inclusion for everyone . If we work together to educate people about different races, cultures and background we can make the work a better and happier place to live.

“It’s not the beginning that matters it’s the ending” 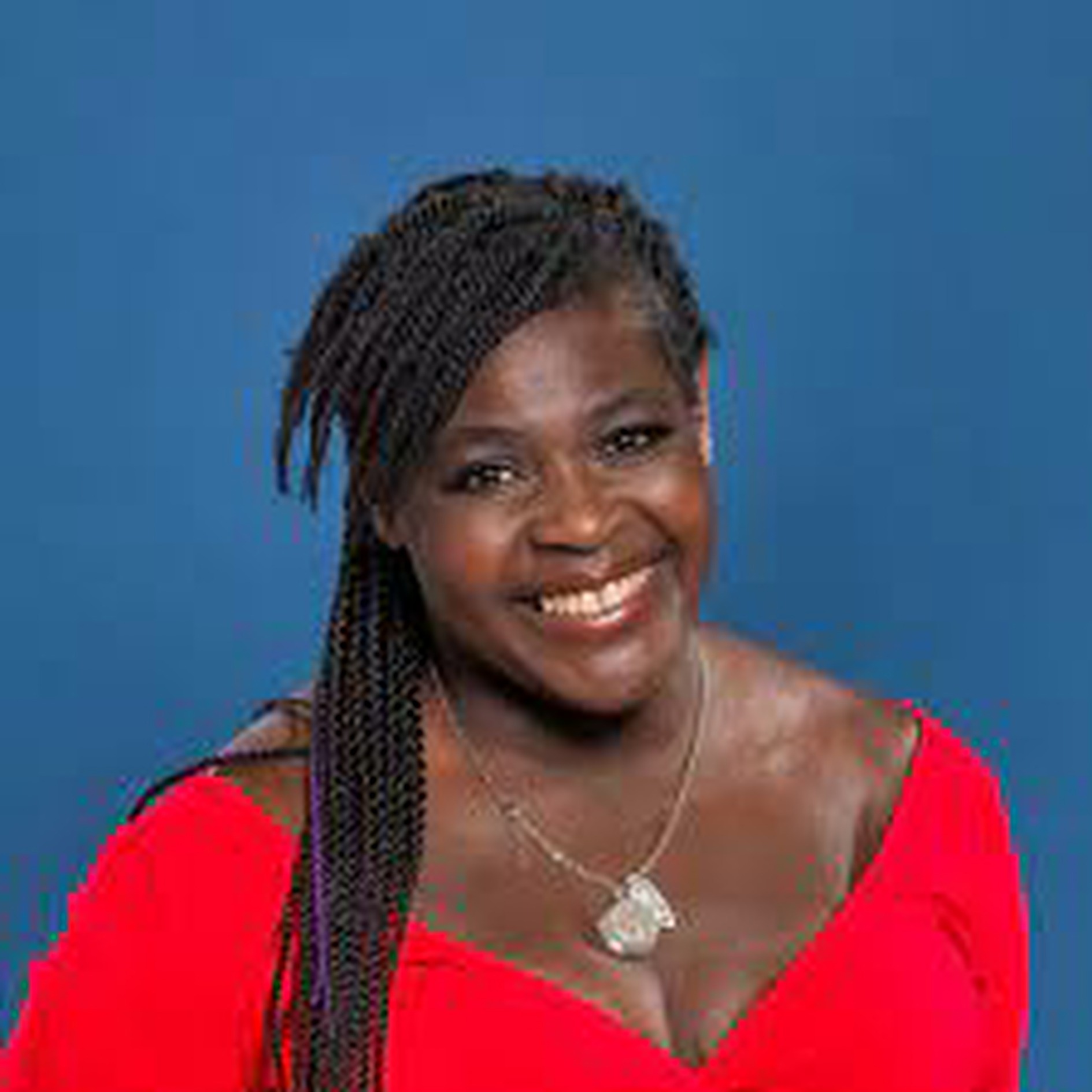 Margaret Ebunoluwa Aderin-Pocock MBE (born 9 March 1968) is a British space scientist and science educator. She is an honorary research associate of University College London's Department of Physics and Astronomy. Since February 2014, she has co-presented the long-running astronomy television programme The Sky at Night with Chris Lintott. In 2020 she was awarded the Institute of Physics William Thomson, Lord Kelvin Medal and Prize for her public engagement in physics. She is the first black woman to win a gold medal in the Physics News Award. She has also earned the title of the president-elect of the British Science Association. 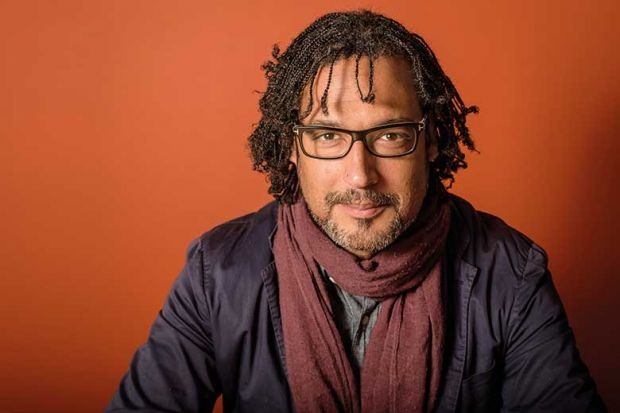 Professor David Olusoga OBE (born 1970) is British historian, writer, broadcaster and film-maker. He was born in Nigeria and migrated to England when he was 5 years old. His contribution to many aspects of history have been impressive, but in recent years he has brought out a number of shows and books highlighting black British history. Olusoga was included in the 2019 and 2020 editions of the Powerlist (a ranking of the 100 most influential Black Britons). His contributions to history have allowed for many untold and hidden stories to be understood and celebrated. 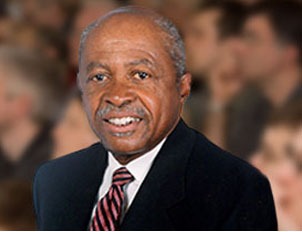 Roy Clay Sr. (born 1929) is an American computer scientist and inventor. He was a founding member of the computer division at Hewlett-Packard, where he led the team that created the HP 2116A. He is the Chief Executive Officer of ROD-L electronics and has been involved with the development of electrical safety equipment.

Clay joined Hewlett-Packard (HP), where he helped to launch and lead the Computer Science division in 1965. He was director of the team who developed the HP 2116A, one of Hewlett-Packard's first mini-computers. Clay stayed at HP until the mid seventies, eventually rising to being the highest-ranking African-American member of staff. Whilst working at HP Clay developed several initiatives to improve the representation of African-Americans in Silicon Valley. He recognised the need to test electrical products for safety, and left HP in 1971 to start his own business.

Clay is the founding director of ROD-L Electronics, which is based in Menlo Park, California. The company is recognised not only for its technical innovation but its community work. In 2002 Clay was elected by the African American Museum and Library at Oakland as one of the most important African-Americans working in technology. Clay was then inducted into the Silicon Valley Hall of Fame in 2003. 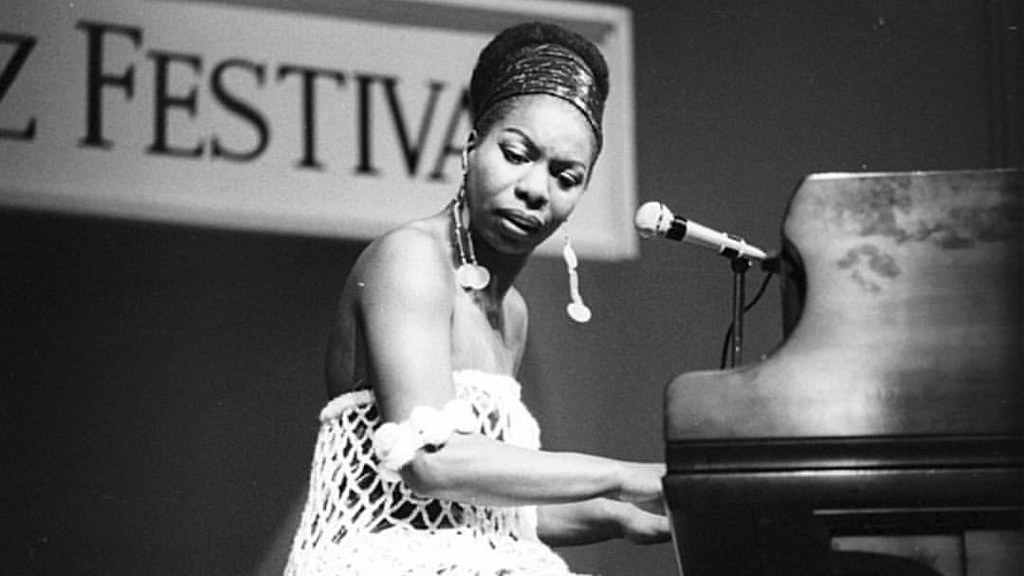 The sixth of eight children born to a poor family in Tryon, North Carolina, Simone initially aspired to be a concert pianist. With the help of a few supporters in her hometown, she enroled in the Juilliard School of Music in New York City. She then applied for a scholarship to study at the Curtis Institute of Music in Philadelphia, where she was denied admission despite a well received audition, which she attributed to racism. In 2003, just days before her death, the Institute awarded her an honorary degree. 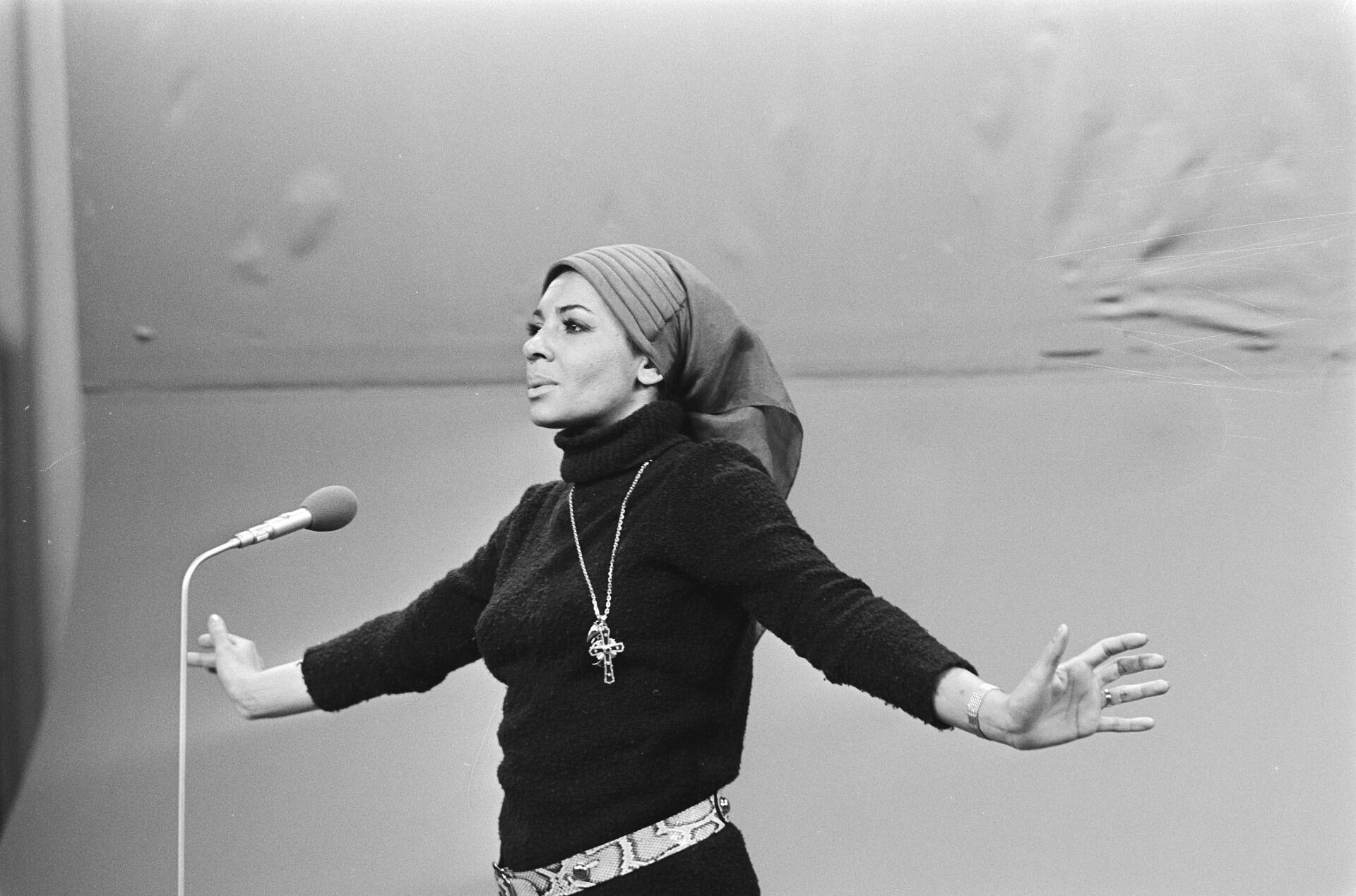 Dame Shirley Veronica Bassey DBE (born 8 January 1937) is a Welsh singer. Best known for her career longevity, powerful voice and recording the theme songs to three James Bond films, Bassey is widely regarded as one of the most popular vocalists in Britain.

Born in Cardiff, Bassey began performing as a teenager in 1953. In 1959, she became the first Welsh person to gain a number-one single on the UK Singles Chart. In the following decades, Bassey amassed 27 Top 40 hits in the UK, including two number-ones. She became well-known for recording the soundtrack theme songs of the James Bond films Goldfinger (1964), Diamonds Are Forever (1971), and Moonraker (1979). In 2020, Bassey became the first female artist to chart an album in the Top 40 of the UK Albums Chart in seven consecutive decades with her album "I Owe It All To You". 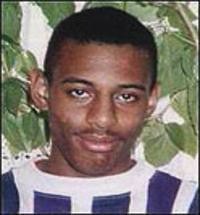 Stephen Lawrence (13 September 1974 – 22 April 1993) was a black British teenager from southeast London, who was murdered in a racially motivated attack while waiting for a bus in Well Hall Road, Eltham on the evening of 22 April 1993, when he was 18 years old. The case became a cause célèbre: its fallout included changes of attitudes on racism and the police, and to the law and police practice. It also led to the partial revocation of the rule against double jeopardy. Two of the perpetrators were convicted of murder on 3 January 2012. 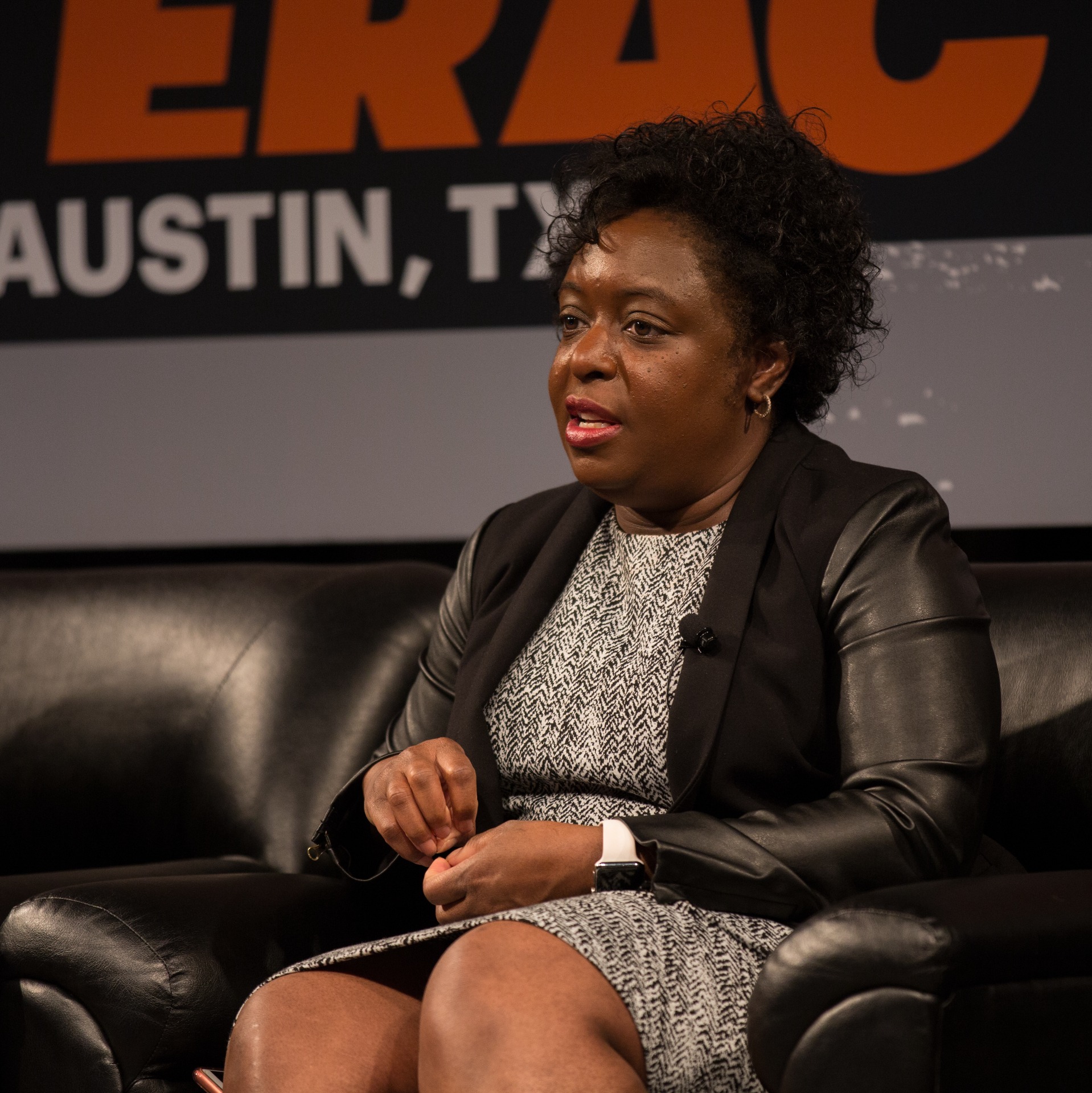 In 2011, Kimberly Bryant founded Black Girls Code, a non profit organisation that focuses on providing technology and computer programming education to African-American girls. After founding Black Girls Code, Bryant was listed as one of the “25 Most Influential African-Americans in Technology” by Business Insider magazine. She was honoured in 2013 at the White House as a “Champion of Change for Tech Inclusion”.

The school now has its own twitter account to promote important news and events as well as sharing celebrations of our learner's achievements. Please follow us on Twitter @YsgolHarriTudur. More detailed information can always be found on our school website www.yht.wales and also via the Ysgol Harri Tudur app. Please continue to get in touch with us in the usual ways. Read More…

All drivers are requested to use the designated Drop Off/Pick Up and parking sites whilst on the school site. Read More…

Learners who haven’t accessed their nasal flu vaccination at their local GP surgery or at the recent school vaccination days are requested to contact the NHS School Nursing Service Health Centre on 01646 624641. Read More…

If the image below is too small to read on your device or to access the link, please go to the download link here Read More…

All learners sitting external examinations this year should read through this policy prior to their examinations starting. Please click on the link below to view the policy. Read More…